Shortly after the mama bobcat brought a cotton rat to one young for a treat, she set out again to hunt for food for her other kitten.

The kitten followed and watched as its mother began the hunt. The mother bobcat is alert and hears or sees something: 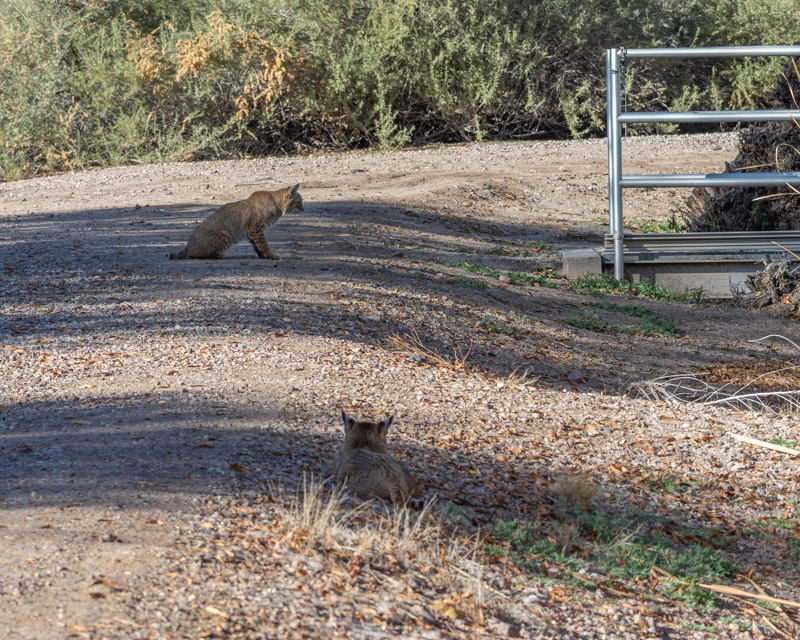 She begins her stealthy approach, coming in low to the ground and very focused on her prey. 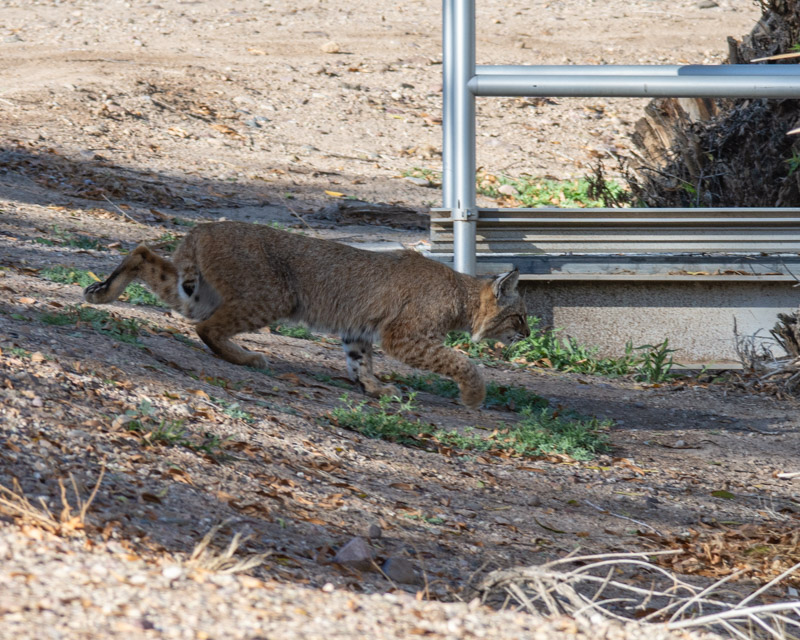 The kitten watches as mama is ready to pounce. Note how the kitten is mirroring its mother’s stance. In the first photo above, the kitten was relaxed. Here, she seems to be up on her front paws. Bobcat kittens begin eating solid food at two months and then begin learning to hunt at five months, so perhaps this kitten is about five months old. I never saw it act like it was hunting, but traveling with mama is likely the first step in learning. 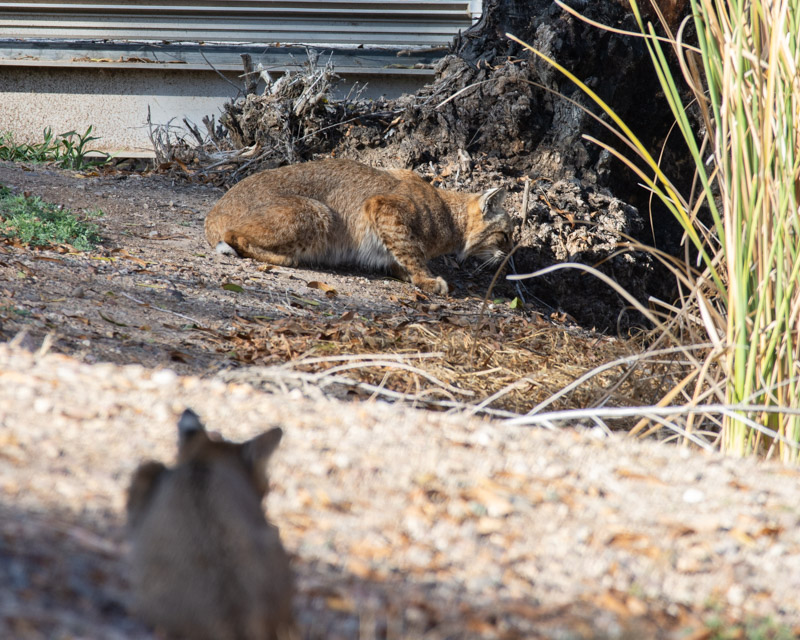 Mama bobcat pounced but emerged from the reeds empty handed, or with nothing in her mouth. She moved on down the path in search of food. The kitten followed for a little bit and then wandered on its own. I chose to remain with the kitten. She paused in the path while deciding where to go. After glancing at me, she walked towards the larger pond and began moving along the side of the reeds. 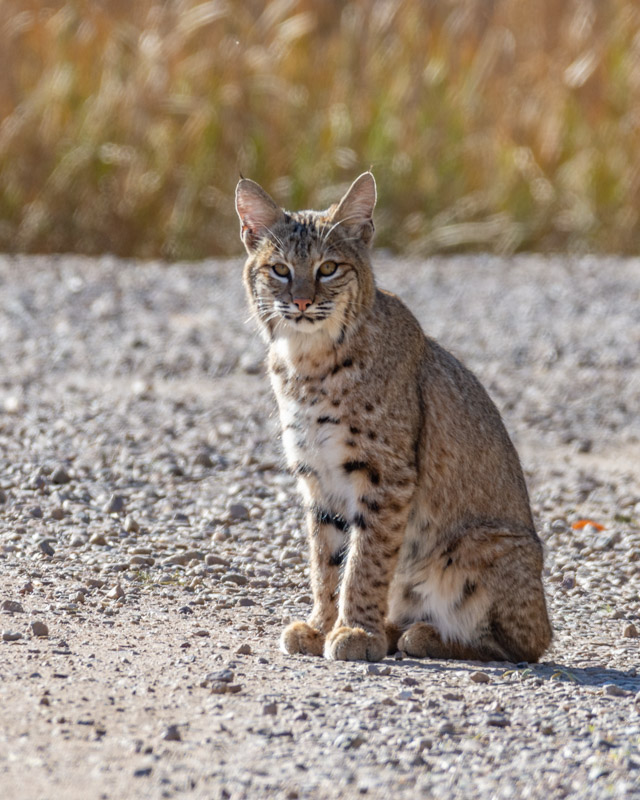 The kitten never ‘acted’ like it was hunting. This appeared to be more of just exploration of the neighborhood. The following photos all show off the beauty of this animal. 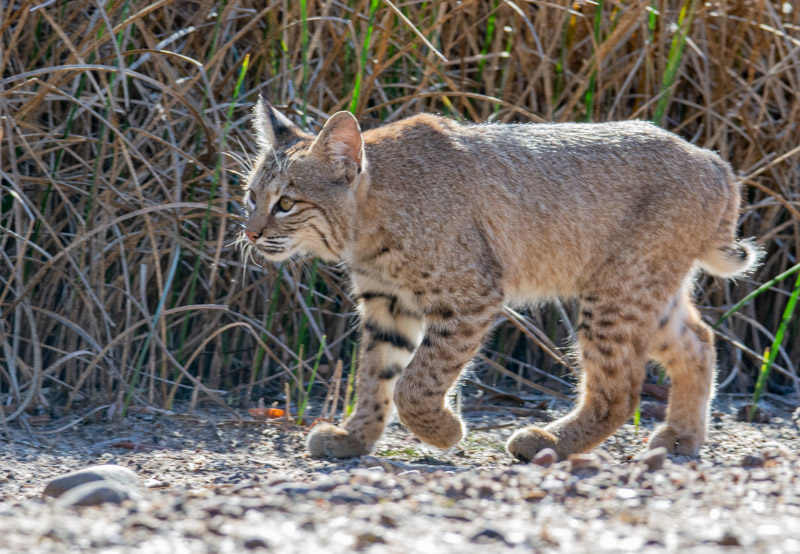 Whoa! It saw or heard something! After a pause, it continued. (And look at those huge paws!) 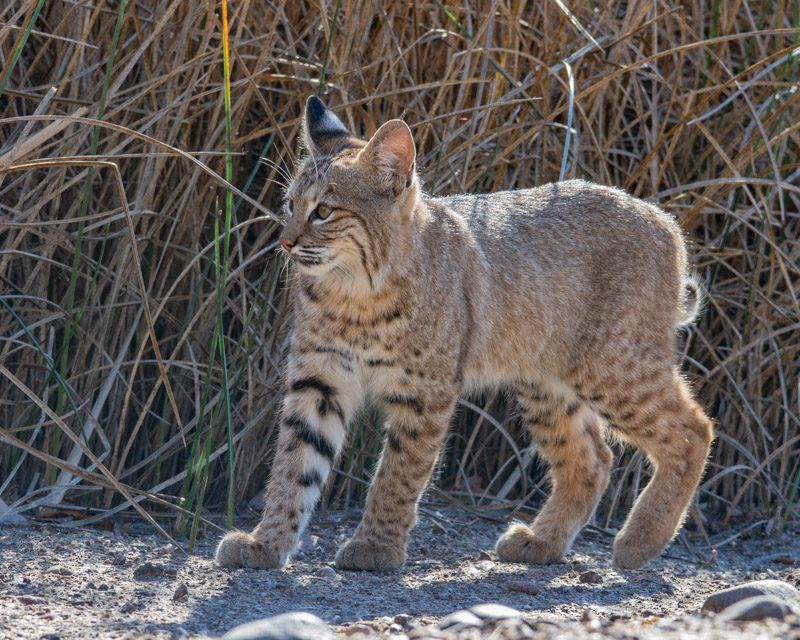 Here, you can see the ruffs of extended hair beneath its ears. At times, these lay flat against the face and at times they are held out. You can also see the bobbed tail that gives this cat its name. The shortened tail may be up to 12 inches long and it is tipped in black. 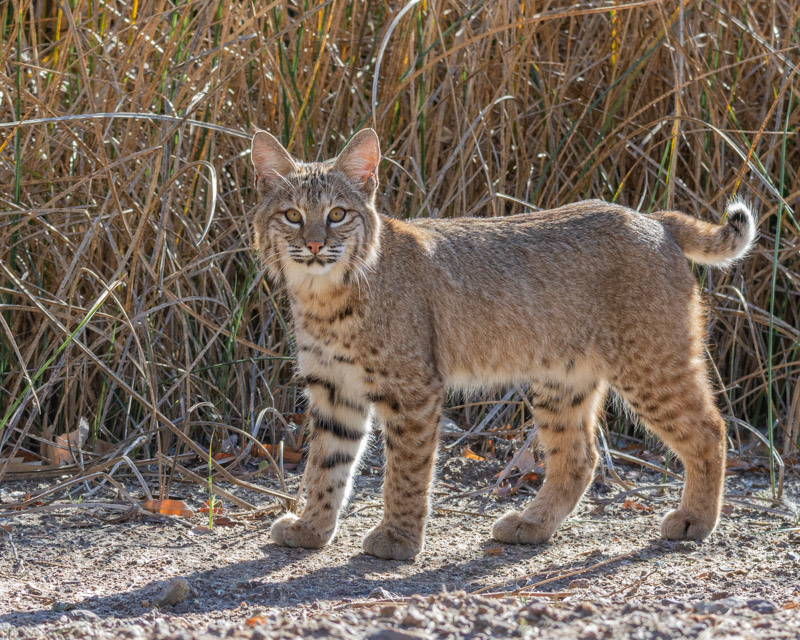 The colors of bobcats’ coats across the United States vary somewhat but in the Southwest they are often lighter in color. The coats are variable but all have black streaks on the body and dark bars on the forelegs to act as camouflage. Bobcats have excellent vision and hearing. Their sense of smell is also developed but they are more dependent on sight and sound to aid in their particular style of hunting. 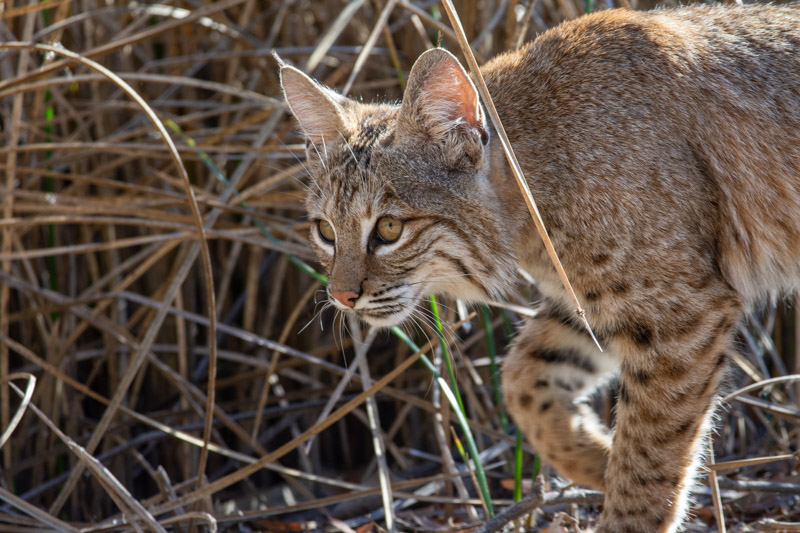 We do see each other!! In this photo, the ruffs of hair are flat against the kitten’s head, making it’s face look much smaller than in the earlier photo above in which the ruff is extended. Those long whiskers are tactile hairs that are also used to help the cat feel its way around. They also have those tactile hairs above their eyes. The forward facing eyes tell you this animal is a predator! 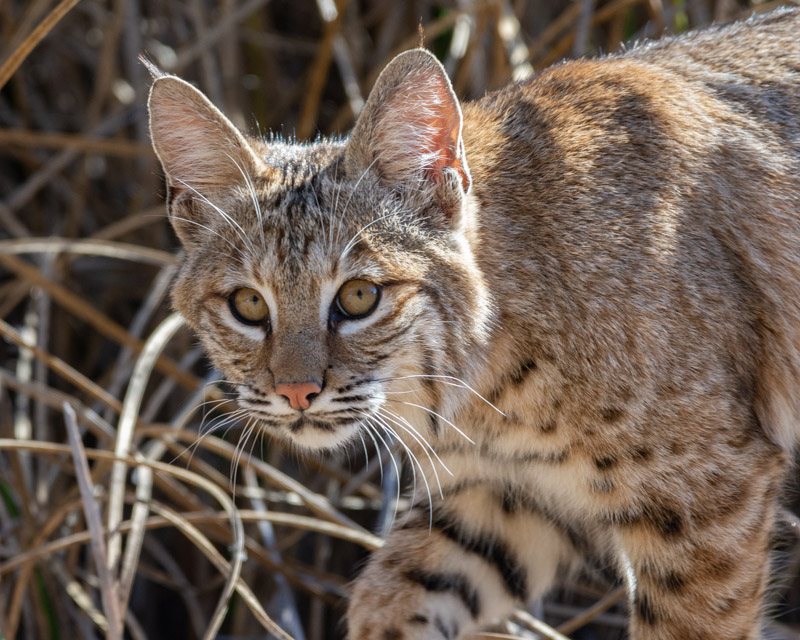 As the kitten left the side of the pond, it stopped to pose like a model before disappearing back in the thick bushes across the path. Its facial ruff is extended so it looks like the University of Arizona Wildcat mascot. You can see that its rear legs are disproportionally longer than its front legs. Those rear legs are used when hunting as the bobcats make a leaping pounce to surprise and capture their prey. 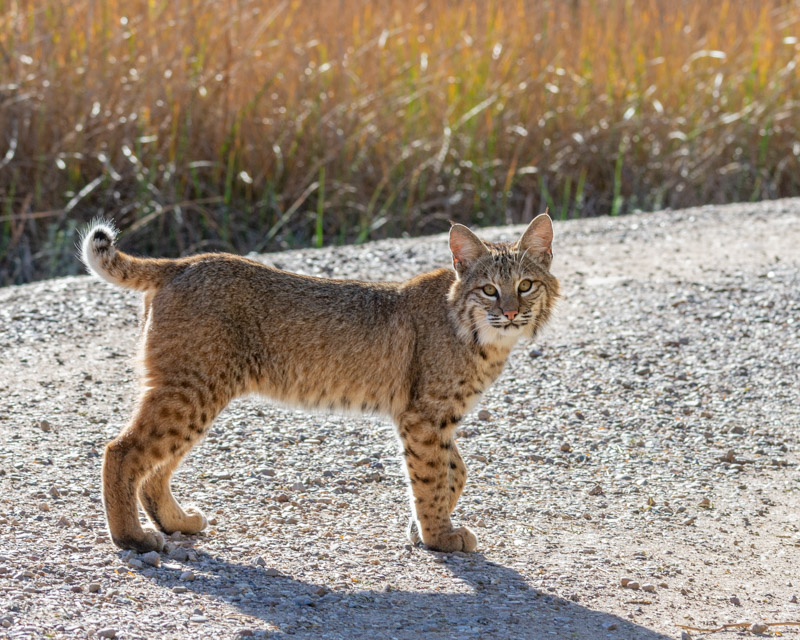 After the kitten ‘disappeared”, I walked after the mama bobcat as she hunted. To be continued.