Here are the final shots in the series I took on a very fulfilling afternoon. We had been following the mother bobcat during a hunting stroll of hers. At this point, we had walked halfway around the wetlands and were on the south side of it. The bobcat was walking along a wide area next to the reeds and we were on the elevated path (a very wide path) and good distance from her. I had decided to lag behind, hoping that if she caught a cotton rat, she would then turn and walk towards me as she returned to her young. My friend John decided to walk well ahead of the bobcat to get shots of her approaching. I had just met John that afternoon at Sweetwater. He was visiting from New York where he is a Professor of Environmental Conservation at a college in the Finger Lakes region. Coincidentally, he was going to give a lecture to his students two days later on “Lynx and Bobcats” of North America. John had only seen three bobcats in the wild prior to this. Look at what happened!

The afternoon shadows were low over the path at this point. 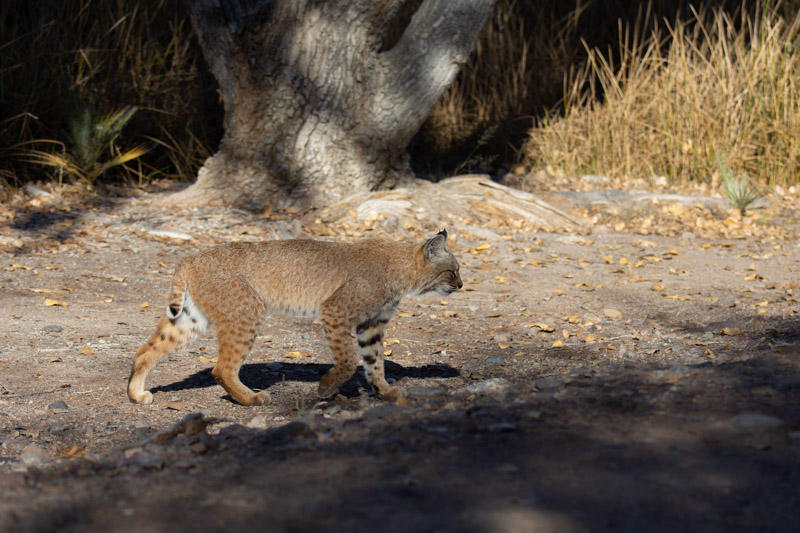 Then the bobcat decided leave the area next to the reeds (on the left) and began walking on the path directly towards John. He had positioned himself far away from her and was shooting when the bobcat changed her course. Now perspective is everything. 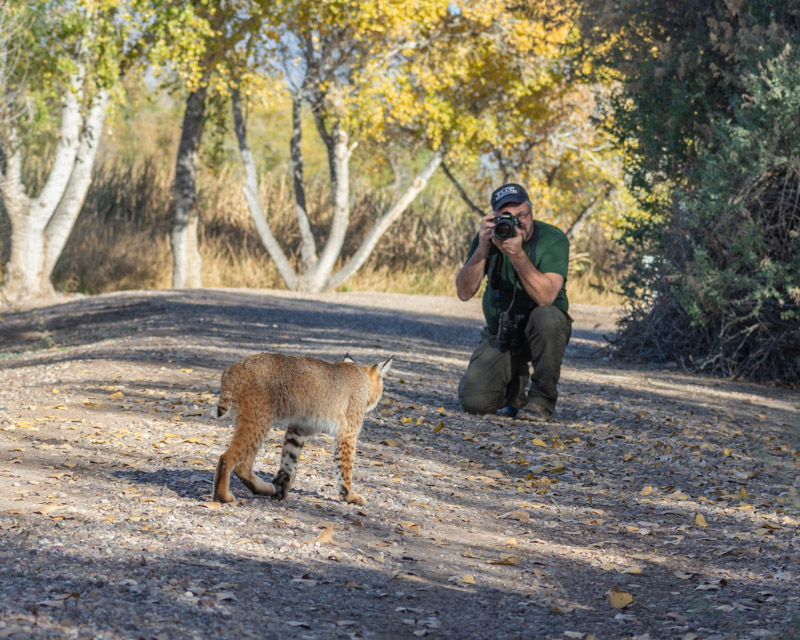 The bobcat finally noticed John and turned towards the side, but continued walking in the same direction. 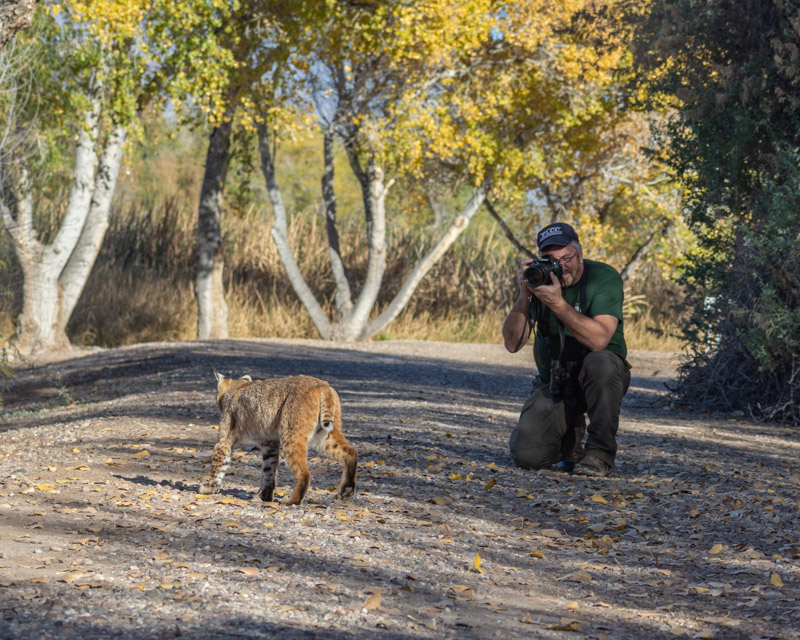 When she passes John, the two of them glance at each other quietly and respectfully. Here you can finally get a sense of size comparisons. She looks very tiny in this shot. The cat continued past John, hunted for a bit, and then crossed into the bushes on the right side of the path. 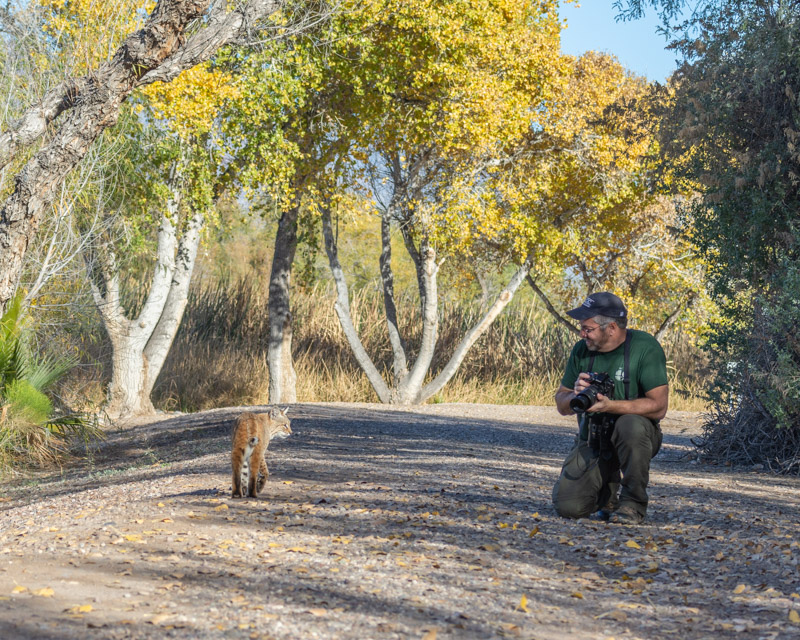 The bobcat began heading back to where she had left her young but continued hunting along the way. 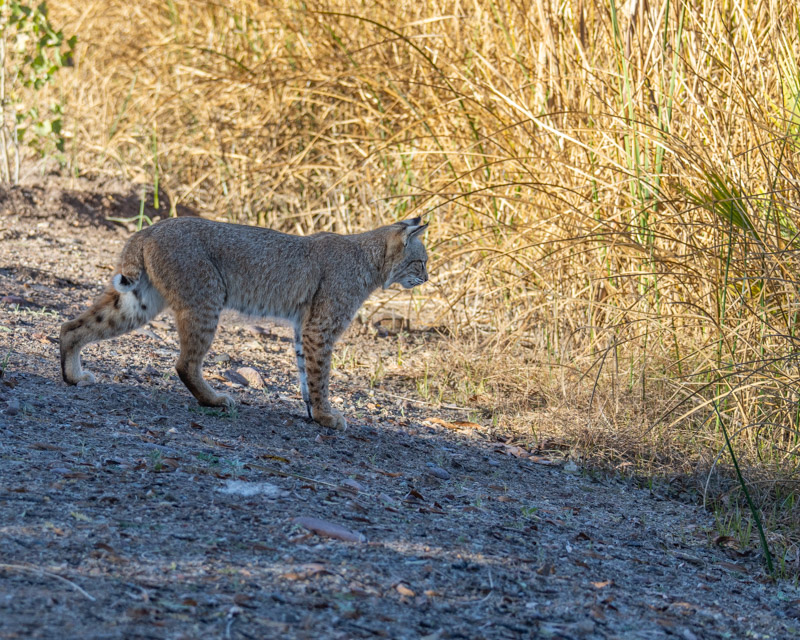 She pounced after prey… 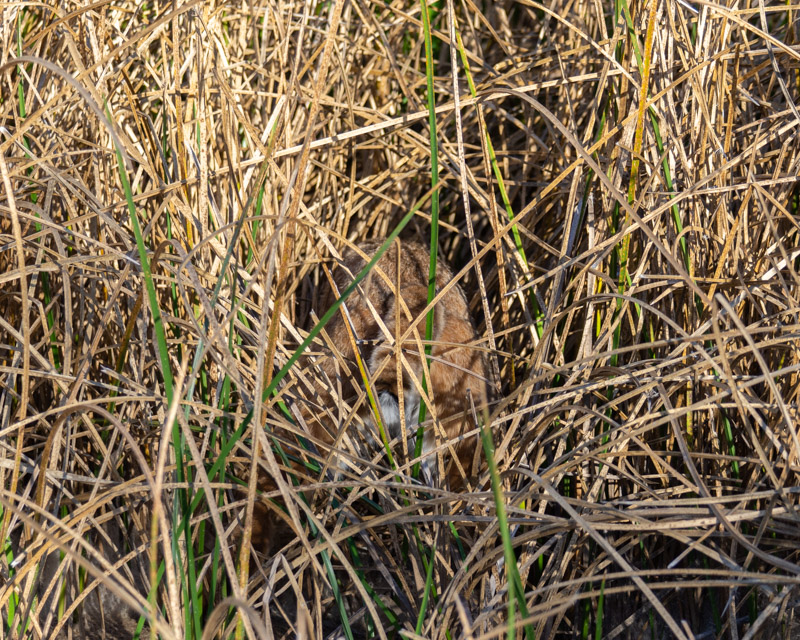 But again was unsuccessful. We decided to walk away from her and to check on the youngsters before leaving the wetlands. 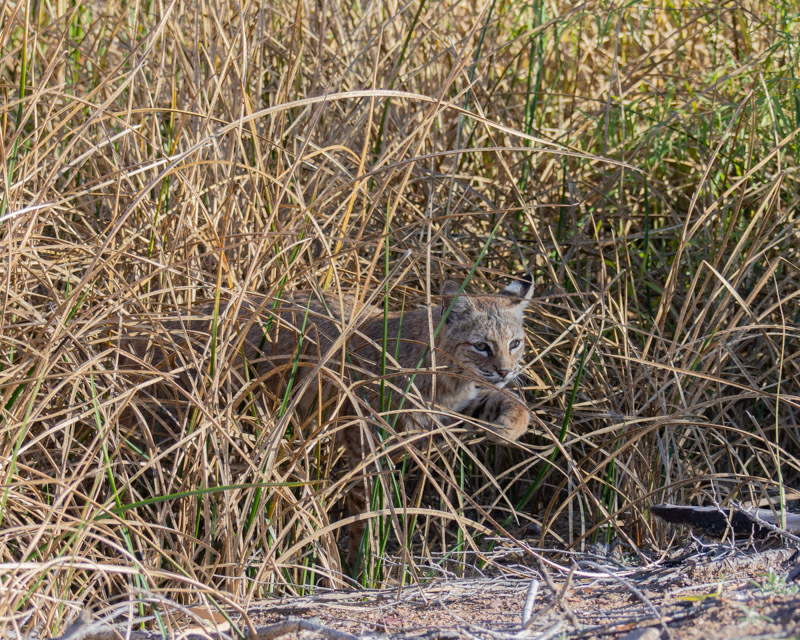 Both kittens were taking it easy- one was on the tree and one on the ground. The kitten on the ground was grooming herself in between napping. She looks cute, but those teeth!!! 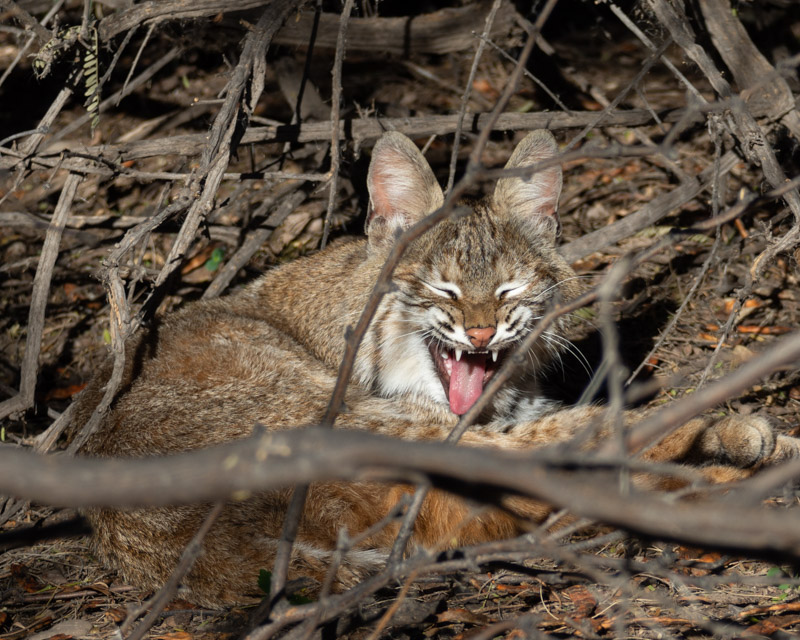 I noticed the nictitating membranes in her eye. I knew that raptors had nictitating membranes but hadn’t known that bobcats did. You can see them in the inside corners of her eyes. I imagine that they protect the eyes well when the bobcats leaps through vegetation to attack prey while still allowing for vision. 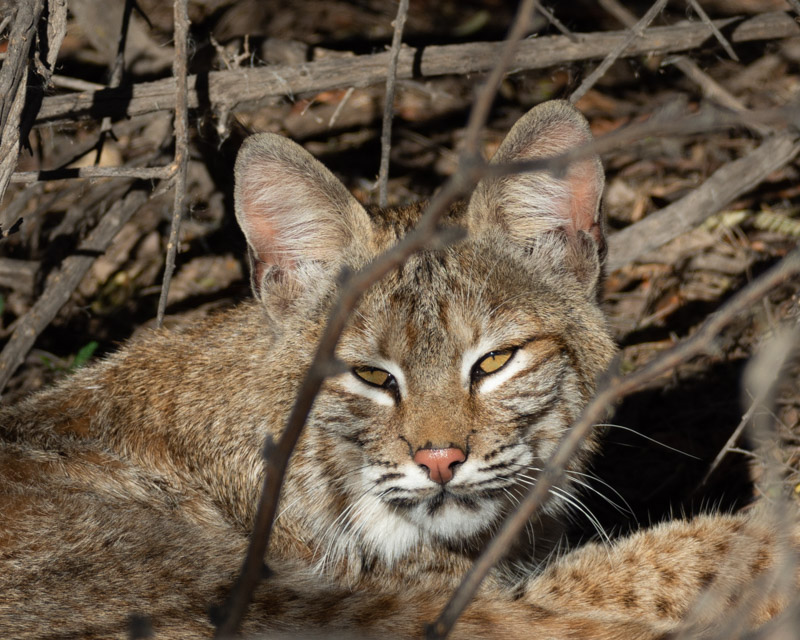 And finally, a closed-eye grooming. This went on for a while and we left the cats to themselves. The mother had yet to return. 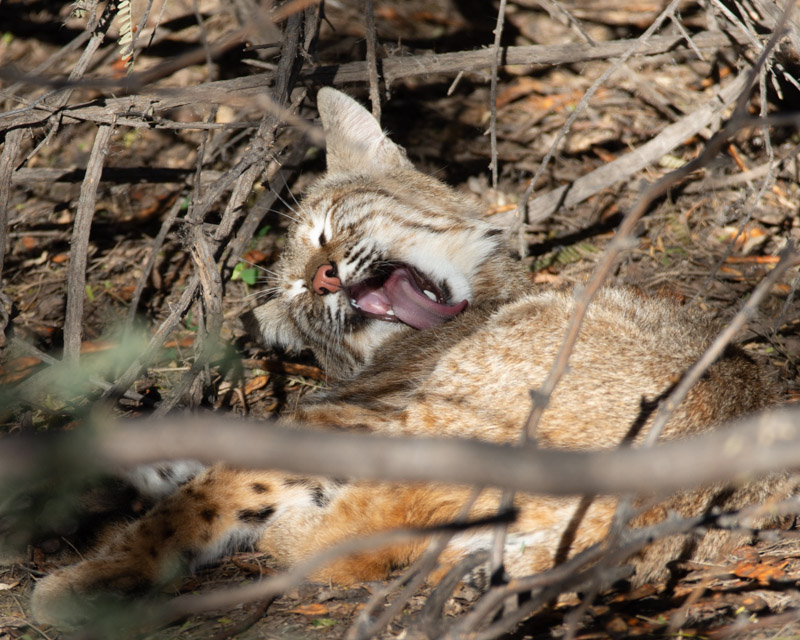 I’ve returned to Sweetwater four times since I took these photos and never seen the bobcats again. But on every visit, I pass other people who had seen the cats or get home to learn that friends had seen the cats. One of these days I’ll meet them again.